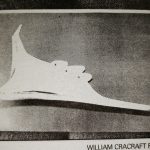 Museum studies past to design for the future

The primary purpose behind the creation of the Hiller Aviation Museum was to establish an educational institution to study past aircraft development as a base for future development and anticipate and guide that progress.

To that end, Stanley Hiller has put together a board of aviation experts. “These are people of considerable knowledge and exposure to aviation,” said Hiller.

The 16-person panel includes the former top scientist from the Air Force as chairman, former project manager for the McDonnell Douglas DC-10 and DC-11 aircraft, and people from Stanford University and NASA, Hiller said.

Over the last two years, the group has identified five categories of aircraft, one of which is an unusual freighter aircraft, a flying wing, called a blended-wing body or BWB, a version of which is robotic. Instead of being controlled from the ground, a robotic airplane has total decision-making process on its flight, when to take off, how high to fly and which route.

“Another possibility is shorter range, 5-800-mile, vertical takeoff aircraft and, at the other end, you find the supersonics and sub-sonics and so on. That’s one of the reasons we were anxious to         get hold of the United States’ first supersonic transport airplane,” said Hiller. The droop nose and a large section of the fuselage of the first United States SST is in the museum.

“For these robotic airplanes and supersonic and vertical takeoff vehicles there are many new types of equipment that will fit the technologies of Silicon Valley. Command and control systems, miniaturization, equipment that is self-diagnostic. I think we’ve identified 22 different fields of business opportunity for Silicon Valley,” Hiller said.

A model of the blended-wing body aircraft has been flown and NASA spokesman Keith Henry of the Langley Research Institute said he wouldn’t be surprised if an X-plane half-size was built.

The full-sized version could carry 800 passengers in a two-story cabin. The BWB is more efficient to fly, reducing noise and emissions. “My impression is that once any remaining technical challenges are overcome, the promise is a pretty high payoff in terms of aerodynamics and weight savings,” said Henry.

The BWB “would outperform all conventional aircraft,” stated a report from NASA’s Advanced Concepts for Aeronautic Program, including team members from McDonnell Douglas, Stanford University and NASA’s Langley and Lewis Research centers.

“It’s our job to get the technology there so the companies can do something with it. In this case the more likely scenario is that a company would have to commit to it. I don’t think the government would commit big bucks to help build this airplane (but), they might, in a year or two, fund an X-plane,” Henry said.

An important factor is the drastic design and re-tooling required for a revolutionary aircraft and the risk of public rejection. “I wouldn’t be surprised if the first use of this is non-passenger, cargo or military,” Henry said.

At the moment, NASA’s work is done and a report issued. Boeing spokesperson Mary Jane Olson said when Boeing acquired McDonnell Douglas the company was “working with NASA on that and now the NASA research project is over.”

“This is the wave of the future, said Willie Turner of. the Hiller Aviation Museum. “The technology is here. When it becomes less expensive to fly .one of these over to Tokyo as opposed to a 747, and eventually a ship, then all you’re going to see is flying wings going back and forth.”