The XK 140 had its Moment in the Sun a few Years Ago HQ Feature: Challenge Success Program 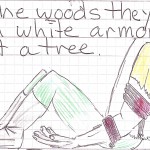 I started these last Christmas in Germany because I couldn’t sleep very long on the mattress we had, so was up late and rose early. John was just learning to read, and I try to make good use of my time, so tried my hand at drawing something that he’d enjoy reading about….

While in the woods, they saw a knight in white armor leaning against a tree. 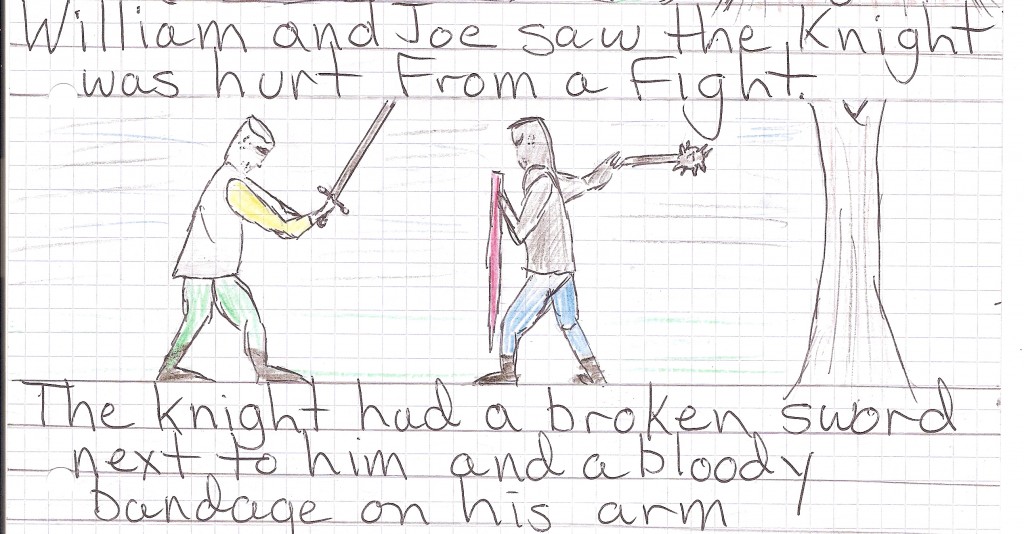 William and Joe saw the knight was hurt from a fight. The knight had a broken sword next to him and a bloody bandage on his arm.

He saw the two boys. “Helo me!” he called. “A rogue knight has wounded me.”

“How can we help you?” asked William. “We are just boys.” 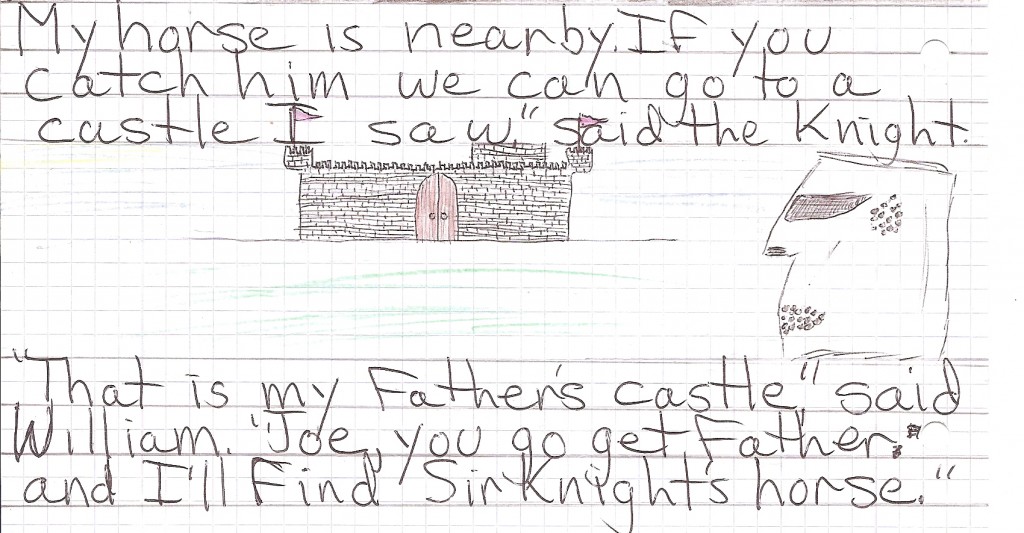 “My horse is near by. If you catch him we can go to a castle I saw,” said the knight. “That is my father’s castle,” said William. “Joe, you go get father and I’ll find Sir Knight’s horse.”

So Joe ran off towards Sir John’s castle and William followed the horse’s tracks into the trees. 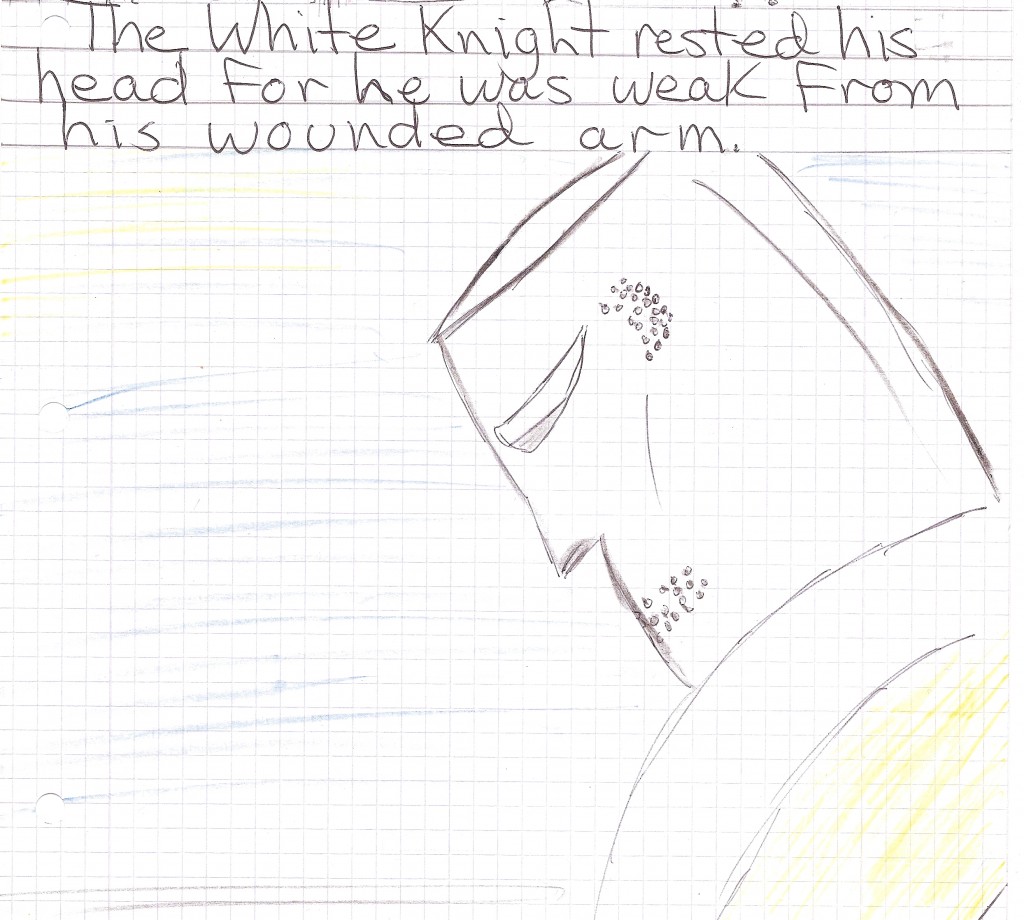 The white knight rested his head, for he was weak from his wounded arm.